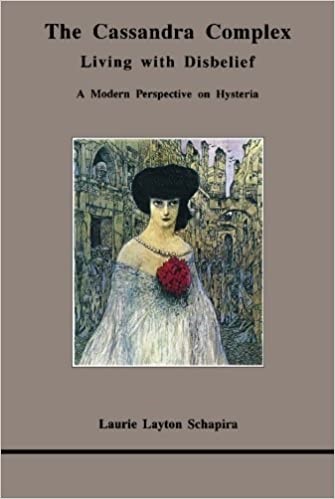 The Cassandra Complex: Living with Disbelief. A Modern Perspective on Hysteria

Her prophecies are seditious; they threaten the conservative order.
Thus she speaks treason.

Blessed and cursed by Apollo, through his gift of prophecy, Cassandra foretold the future. Enraged by her rejection of him, Apollo spoiled his gift. No one would ever believe her.

Cassandra’s story is a chronicle of disbelief. When she predicted the downfall of Troy, her people ignored her warnings and persisted in their folly until they were defeated and enslaved by the Greeks.

Suffering madness, rape, and abduction, Cassandra even foresaw her own murder, but could not escape.

This is the archetypal tragedy of intuitive, medial women who, sensitive to coming change, have been unwelcome oracles of upheaval. Over the centuries, they have been reviled, ostracized, burned, and diagnosed.

Must modern Cassandras suffer the same fate? The book relates the stories of medial women today and shows how the burden of unconscious prophetic sensibilities can become a creative wellspring for a new age.